What Is A Blockchain?

From a viewpoint, a blockchain might not look different from other decentralized digital systems like, say, Wikipedia. With a blockchain, many people can write entries into a record of information, and a community of users can control the amendment of information records. Likewise, Wikipedia entries are the work of several publishers.

Now, Wikipedia is built into the World Wide Web using a client-server network model. A user (client) with permissions can change Wikipedia entries stored on a centralized server. But, its database is controlled by its administrators, putting access and permissions in the hands of a central authority.

The distributed database created by blockchain technology works differently. Wikipedia has a “master copy” edited on a server and all users see the new version. Blockchain allows every node in the network to reach the same conclusion, and update the record independently. The most popular one becomes the only existing official record instead of a master copy.

__That said, let us look at the intricacies of a blockchain. __

A blockchain is a special kind of database where you can only input data (you cannot remove or change) in structures called blocks. These blocks have storage limits. So, when they become full, they are linked to a fresh block. Each new block includes a hash of the previous block, you can call it a unique digital fingerprint. If we follow the chain backward, we will reach the first block known as the Genesis block. 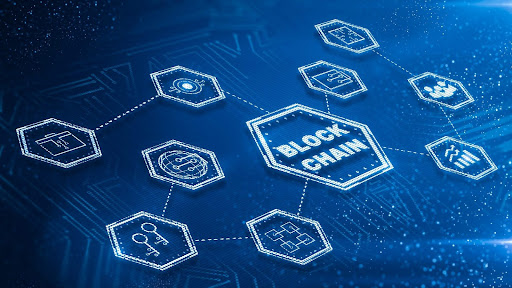 __What connects the blocks? __

The answer is quite simple and straightforward - hashing.
Hashing is the link that holds blocks together. Hashing is the practice of using an algorithm to map data of any size to a fixed length, this is called a hash value. The hashes used in blockchains are interesting, in that it is near impossible for you to find two sets of data with the same hash value.

What are some advantages of blockchain?

Blockchain is an emerging technology with many advantages in an increasingly digital world:

It uses a digital signature feature to conduct fraud-free transactions making it impossible to corrupt or change the data of an individual by other users without a specific digital signature.

Usually, you need the approval of regulatory authorities like a government or bank for transactions. However, with Blockchain technology, transactions are done with the mutual consensus of users.

It is programmable and can generate systematic actions, events, and payments automatically when the criteria of the triggers are met.

How does it work?

The blockchain is a public electronic ledger built around a P2P (peer-to-peer) system, openly shared among users to create an unchangeable record of transactions. Each one is time-stamped and linked to the previous one. But how does Blockchain technology work? Is this a significant change or a simple addition?

Blockchain is a combination of three leading technologies:

The users employ cryptography keys to perform different types of digital interactions over the peer-to-peer network.

One of Blockchain technology’s leading features is the way it confirms and authorizes transactions. For instance, if two individuals wish to perform a transaction with a private and public key. The first person would attach the transaction information to the public key of the second person.

This information is gathered together into a block that contains a digital signature, a timestamp, and other important, relevant information. This block is transmitted across all of the network's nodes, and when the right individual uses his private key and matches it with the block, the transaction gets completed successfully.

What Is A Blockchain?