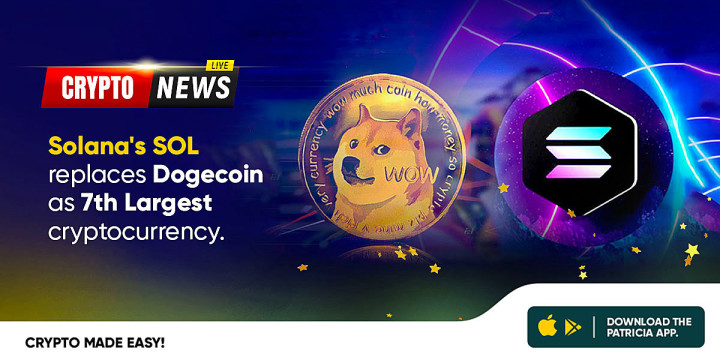 SOLANA, nicknamed the Ethereum killer, is the latest on the cryptocurrency bandwagon to mark a significant rise within days. The platform deals with blockchain-based smart contracts, for which demand has been on the rise lately.

Riding on the Ethereum surge, Solana (SOL) has now overtaken Dogecoin to become the seventh-largest cryptocurrency in terms of market valuation. SOL’s recent price rally saw it flip the crypto market’s valuation charts and put itself on to its new position with a market cap of around $46 billion.

Why is the Solana price surging?
It is a fact that all cryptocurrencies have been performing well in the market lately, but Solana has been the best of them.
The “so-called” Ethereum Killer is indeed out-performing its competitors and is probably on the way to live up to its nickname. SOL is currently trading at $158, having rallied from $70 three weeks ago. It is no secret that Solana is currently the fastest cryptocurrency in the market, and its features keep getting improved by the makers.

Solana was founded in 2017 and deals on the Ethereum platform. Like Ethereum, SOL supports smart contracts and is gaining popularity with developers building DeFi apps and creating NFTs (non-fungible tokens).

Among the three, Solana is the fastest by supporting nearly 70,000 transactions per second and that too at a lower price. SOL, on its current trajectory, could even cross $175 in the coming months. Ethereum’s recent surge to cross the $4000 mark, since its big crash early this year, has played a major role in Solana’s rise.