Parable of the cake: Innovate or Die Trying.

Bolaoluwatito Olayiwola, a month ago 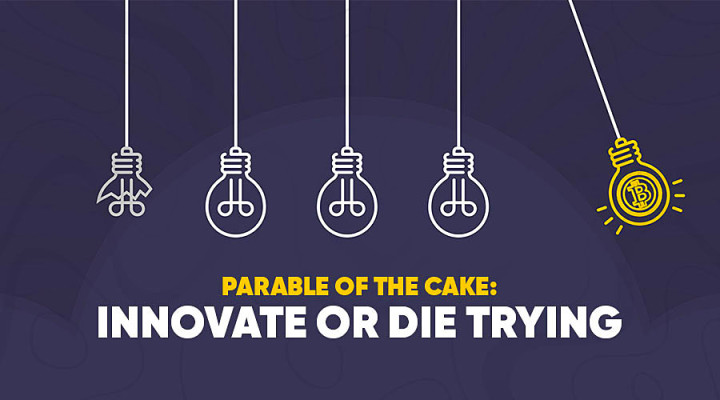 Have you ever had a moist red velvet cake layered with vanilla flavoured whipped cream? If you have, you will know that the best red velvet cakes melt right in your mouth and send you to food heaven with angels playing the trumpets made out of hotdogs and spaghetti.

But, have you ever wondered who invented this brightly coloured, yummy dessert? or how it's made? What ingredients go into the baking pan or how they are mixed?

There is a constant debate about whether the slaves in America, a hotel pastry chef, or a food extract company invented the red velvet cake. Over the years, several "red velvet" products have been made, from wine to scented candles, but the "red velvet cake" remains the same, never changing in taste or appearance. As a result, it's popularity quickly dropped as more cake recipes were introduced and no one thought to improve upon it. Take note that the "red velvet" concept evolved but not the cake itself.

Many of us are like the pastry chefs who have baked red velvet cakes using the classic recipe invented over 200 years ago. We stick with the basics and never bother to try out new ways of performing the same task in a bid to get new results. A quick search of "the most popular cake" will show you the red velvet cake sitting in number two after the chocolate cake which has a million and one variants.

Our founder here at Patricia will often say "the cake has to go into the oven", not just any kind of cake but the best tasting and visually appealing cake possible. Now someone has to come up with a recipe for this great tasting cake, someone has to fetch the ingredients from the market, mix the batter, whip the cream etc. All of these signifies the extra efforts we put daily into improving upon our products & services, to ensure all our users get the best experience when trading with us..

Mr Hanu Fejiro Agbodjie (ceo Patricia technologies)
Do not be like the supposed inventors of the red velvet cake who, other than evolving their recipes, got entangled in a mindless battle for "red velvet master" and have now been forgotten in time. There's a human problem that needs solving, find it and do the most in solving it.