What Is Proof Of Work? 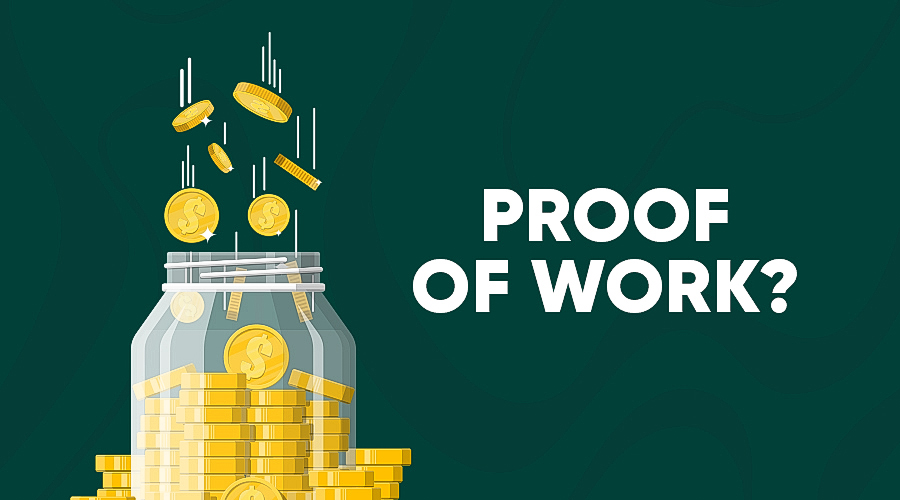 Proof of Work has formed the basis of security and decentralized consensus for many cryptocurrencies. It needs a moderate amount of effort to discourage malicious uses of computing power, such as sending spam emails or launching denial of service attacks. Hal Finney adopted this method in 2004 to secure digital assets.

What is double-spending?
This occurs when the same "funds" are spent more than once.

For instance; When purchasing an item or paying for a service, One often hands the cash over to the seller who probably puts it in a safe. So, it is impossible to go to another seller and pay for their goods or to service with the same notes used earlier.

For digital money, there is the possibility of spending the same money twice, because it can be copied and pasted. This way one can just send the same files to fifty or a hundred people since digital money is just data. So, in order to prevent the collapse of digital currencies, measures have to be put in place to prevent people from spending the same units over and over again.
.

The reward for miners who find the matching computation is usually a set amount of the native cryptocurrency on the given Blockchain.
What computations are the miners making exactly? In Bitcoin, miners spit out a so-called “hash,” which turns an input into a random-looking string of letters and numbers.

The miners have to create a matching hash for the network's current “target.” Since there are millions of miners across the world working on billions of such computations per second, \it only takes about 10 minutes on average to create the right one. Once found the reward is sent to the winning miner and then they start all ver again.

Why is proof of work necessary?
The answer is simple "prevent double-spending".

Because If users are able to spend the same crypto coins over and over, there really would be no need for the entire network, which makes the cryptocurrency useless.
.
For paper money, the bank in charge of the system keeps track of how much money everybody has. So If Pat wishes to send Tricia $1, the bank will deduct $1 from Pat's account and it to Tricia's

But Crypto has no central governing body that holds all the coins, so picture this instead.

You and your friends have a journal to track your spending. when each of you spends any amount of money, it is written down.

The fascinating part is this, whenever someone spends money, you refer to the specific crypto coins they are spending.

IF Tricia is sending Hank 200ETH, this second entry would look like so: Tricia pays Hank 200ETH from the 2000ETH Pat sent.

So, we know that neither Pat nor Tricia can send out 3500ETH or 2000 BTC unless they receive/buy more ETH - which will also be recorded for everyone to see.

If Pat or Tricia tries to send out 3500/2000ETH or more without receiving/buying any, your group will naturally hot allow the transaction to be added to the notepad.

Now, this might work well in a small group. But, if we have a group of 50,450 participants. The notepad idea will not work out.

This is where Proof of Work comes in. It ensures that users aren’t spending money that they don’t have the right to spend. By using a combination of game theory and cryptography, a PoW algorithm enables anyone to update the blockchain according to the rules of the system.

Closing Nuggets
Proof of Work was the original solution to the double-spend problem and has proven to be reliable and secure. Bitcoin proved that we don’t need centralized entities to prevent the same funds from being spent twice. With clever use of cryptography, hash functions, and game theory, participants in a decentralized environment can agree on the state of a financial database.

What Is Proof Of Work?