A Brief History Of Dogecoin.

Of all the earlier altcoins, Dogecoin is perhaps one of the most unique offerings. In 2013, Dogecoin started as a joke between two engineers, but gained popularity quickly and has continued to receive support ever since.

It has captivated cryptocurrency enthusiasts since 2013. And in this article, we will explain why.

Dogecoin is a cryptocurrency originating from a fork of the Litecoin codebase. Its origin is the Dog (Doge) meme that went viral in 2013 of the Shiba Inu breed, whose thoughts are displayed in comic sans font, and the words are often incorrectly spelled. 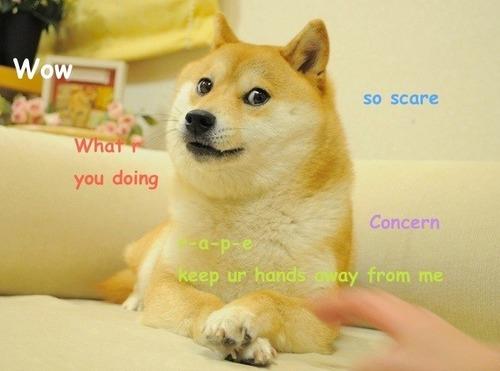 Initially, a programmer named Billy Markus had thought that a lighthearted coin would have a better chance of mass adoption than Bitcoin. So, this cryptocurrency started as a joke. Upon launch, the cryptocurrency quickly spread across social media. Within months, it hit a multi-million dollar market capitalization.

The community of Dogecoin users is known for charitable contributions. At first, it was a tipping system on sites, like Reddit, where users would reward content creators with small amounts of Dogecoin. Then they moved to fundraise for the Jamaican bobsled team for the Sochi Winter Olympics in Russia in 2014.

In 2020 the price of Dogecoin rose significantly due to a video that went viral on TikTok. A user called for others to join him in purchasing Dogecoin, stating that they would “all get rich” by buying coins and selling them once the price hit $1. However, the hype did not last, and prices began to sharply decline afterward.

How does Dogecoin work?

Similar to Bitcoin, Dogecoin uses a blockchain, where blocks are appended via Proof-of-Work. Network participants install open-source software onto their machines so they can act as full nodes. For those unfamiliar with blockchain technology, this means that each participant maintains a full copy of the database (which contains all transactions).
The system is decentralized because no administrator controls it. Instead, users send information directly to each other and rely on cryptographic techniques to tell whether their peers are honest.

Much like Bitcoin, Miners mine Dogecoin by solving complex mathematical problems. One difference between Bitcoin and Dogecoin is that the latter does not use the SHA-256 hash function for mining. For mining Bitcoin, specific computers were used. On the other hand, this can be mined using regular computers.
Dogecoin mining targets a one-minute block time and yields a block reward of 10,000 DOGE. There is no maximum supply of units, and over one hundred billion coins are already in circulation.

What can you do with Dogecoin?

Like many other cryptocurrencies, there are several ways you can acquire Dogecoin. You could mine it or accept it as payment for goods and services. The easiest method, however, is to purchase it via a cryptocurrency exchange. You will need to buy Bitcoin or another popular coin, then trade it for DOGE.

Once you have your Dogecoin, you can use it as you would any cryptocurrency, hodl it for the long-term on a hardware wallet, trade it against other coins, exchange it for goods, or tip others with it. Bitrefill is perhaps the easiest way to spend, as you can purchase gift cards and vouchers for a range of retailers.

A Brief History Of Dogecoin.